(IMPORTANT JUNE 2020 UPDATE: The 2020 TWW is now an Online Conference to keep everyone safe, spread out over two days August 8-9. There is much more to say about this, but immediately you should understand 1) This will be easy and awesome, and online conferences we’ve done thus far have received wonderful feedback, 2) You do not have to be tech-savvy to do this, and 3) We are keeping all aspects of the event, including one-on-one agent & editor pitching, which will now be done by Skype or Zoom or phone. Learn all details about the new August 8-9 TWW Online Conference here and what everything means.)

Vicki Essex (pseudonym) is a romance writer in Toronto, Canada. It took three years of grueling work before she finally sold a book, Her Son’s Hero, to Harlequin Superromance. In that time, she also made the finals in the Toronto Romance Writers’ Golden Opportunity Contest in 2009 and won in the Contemporary Series Category in 2010.

At the 2020 Toronto event, Vicki is teaching on romance writing, and also doing critiques as an add-on element for attendees.

Vicki has lived in Toronto all her life. She has a Bachelor of Journalism from Ryerson University in Toronto. She’s a big Star Wars nerd (original, not prequel), and loves comic books, science fiction and fantasy, vintage video games, and the anthropological study of online culture, social protocols and communication trends (aka surfing the internet).

Vicki also writes the fantasy Western series The Devil’s Revolver under the pseudonym V.S. McGrath. She attributes much of her success to fan fiction writing and the encouragement and support she received from the many fans and readers of her early stories. *waves hi to the A:TLA community—you know who you are*

Her advice to anyone who wants to be a writer: WRITE.

Danielle Younge-Ullman is a novelist, playwright and freelance writer who has always had a passion for books, language and storytelling.

At the 2020 Toronto event, she is teaching on writing awesome young adult and middle grade, and critiquing manuscripts as an add-on element for attendees.

Before turning her attention to writing, Danielle studied English and Theatre at McGill University in Montreal, then worked as professional actor for ten years in her hometown of Toronto. This was character-building time during which she held a wild variety of acting and non-acting jobs–everything from working on the stage and in independent films, to dubbing English voices for Japanese TV, to temping, to teaching Pilates.

Danielle is the author of the YA novel, EVERYTHING BEAUTIFUL IS NOT RUINED (Viking Children’s, USA/Razorbill, Canada, Feb 21, 2017), as well as LOLA CARLYLE’S 12 STEP ROMANCE (Entangled Teen/Macmillan May 2015). She also wrote the adult novel, FALLING UNDER, (Penguin/Plume, 2008), which the National Post called “one of the most compelling debut novels I have read in a long time. It is gutsy, emotional, sexually charged, and unremittingly intense.” Dame Magazine called it “edgy as a razor blade and unlike anything you’ve ever read before.”

Danielle also published a short story called “Reconciliation” in MODERN MORSELS, a McGraw-Hill Anthology for young adults in 2012, and her one-act play, 7 Acts of Intercourse, debuted at Toronto’s SummerWorks Festival in 2005. (See all her books here.)

Danielle lives in an old house in Toronto that’s constantly being renovated, with her husband and two daughters. 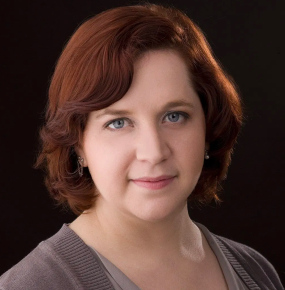 J.M. Frey is an author, screenwriter, and professional smartypants. With an MA in Communications and Culture, she’s appeared in podcasts, documentaries, and on radio and television to discuss all things geeky through the lens of academia. She also has an addiction to scarves, Doctor Who, and tea, which may or may not all be related. Her life’s ambition is to have stepped foot on every continent (only 3 left!).

Her debut novel Triptych was nominated for two Lambda Literary Awards, won the San Francisco Book Festival award for SF/F, was nominated for a 2011 CBC Bookie, was named one of The Advocate’s Best Overlooked Books of 2011, and garnered both a starred review and a place among the Best Books of 2011 from Publishers Weekly.

The Skylark’s Saga was signed to a shopping agreement for an animation series in 2018, and her feature-length screenplay To A Stranger is currently in pre-production with a Toronto-based house.

She was the grateful recipient of a Toronto Arts Council Grant in 2018, and is enjoying the ability to really dig into the research needed for the project. You can follow her research blog here. Her Wattpad-exclusive queer time-travel novel A Woman of the Sea was named a winner of the 2019 WATTY AWARD for Historical Fiction.

At the 2020 Toronto event, JM is teaching a clas, and also critiquing manuscripts as an add-on element for attendees.

Tara Bailey is the founder and CEO of Bailey Publishing House.

At the 2020 Toronto Writing Workshop, Tara is meeting with writers for add-on manuscript critiques.

Tara is a ghostwriter and author of Dracula of the West Side and Number Seven (2018). She’s the author of the dark comedy play, “Deadbeat” (2017). The play premiered on May 21, 2018 at the Pittsburgh Playwrights Theater, downtown Pittsburgh. The production was produced by Wali Jamal Abdullah and directed by Kim El.

She was the featured speaker at the Celebration of Reading in June 2017 and Pittsburgh’s Write On: Black Book Expo in November 2017. Along with speaking at book festivals, BPH hosts an annual writers workshop. She’s been a featured guest on WAMO 100 radio programs and Soul Pitt Quarterly wrote an article about her company in Summer 2017 edition. In addition to her commitment to BPH, she is also Editor-in-Chief for a personal care home monthly magazine in Pennsylvania.

Barbra Leslie, a published thriller novelist, started publishing stories and poetry in journals as a teenager, and her first novel, Nerve, was released in 1998. In 2004, a Toronto production company optioned an unpublished novel of hers for film, and she was contracted to write the screenplay.

Her crime thriller trilogy — Cracked, Rehab Run and Unhinged — garnered rave reviews in North America and the United Kingdom, including being picked as the London Sunday Telegraph’s Best Crime Fiction in October 2016. The series has been optioned for television. (See all her books here.)

Although she now writes full-time, in the past she has worked as a bartender, court reporter, merchandiser for a Broadway show, and marketing manager for a Bay Street law firm. Barbra lives and writes in Toronto.

At the 2020 Toronto conference, Barbra will be teaching on how to write awesome mystery / thriller / crime, and also critiquing manuscript pages as an add-on element for attendees. 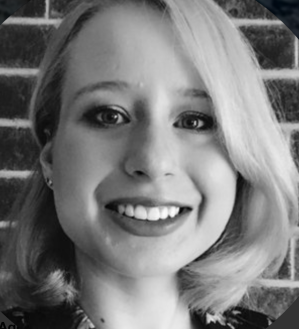 Stephanie Winter is an associate agent at P.S. Literary.

At the 2020 Toronto event, she is teaching a class and also meeting with writers for one-on-one pitch appointments.

She first joined the agency as an intern before becoming the agency’s relations assistant. Stephanie is a dedicated bookseller who holds a B.A. from the University of Toronto in English Literature and a M.A. in English: Issues in Modern Culture from University College London.

Her experiences of living and traveling in and around Europe have left her eagerly devouring upmarket, fantasy, and nonfiction genres that make new worlds and perspectives come alive. Stephanie particularly appreciates strong characters who bend stereotypes, genders, and more.

Cecilia Lyra is a literary agent with The Rights Factory.

At the 2020 Toronto event, she is teaching a class, and also meeting with attendees for one-on-one pitch appointments.

She holds a Master’s Degree in Banking and Financial Law from Boston University and is completing a graduate certificate in publishing. In 2016, she bid adieu to her life as lawyer and professor of law to become a writer and literary agent. She blames this heretical career move on her nine-year-old-self, who was bitten by the reading bug and began to dream of the day when she would work with books.

Cecilia is actively seeking literary and commercial adult Book Club fiction that feature diverse, layered characters and unexpected plot twists. She adores writers such as Curtis Sittenfeld, Liane Moriarty and Elin Hilderbrand. As a feminist, Cecilia loathes the term women’s fiction—it’s just fiction—but, for the purposes of clarity, that is her favorite genre. Cecilia is also looking for unique and compelling narrative nonfiction and memoirs such as the works of Esther Perel, Roxane Gay and Tara Westover. She is particularly passionate about representing under- or misrepresented voices and stories that contribute to a larger cultural conversation.

When she isn’t devouring novels—or dessert—Cecilia can be found drinking wine, writing her own novels, and snuggling with Babaganoush, her adorable English bulldog. Do not send her a manuscript where the dog dies—Cecilia can’t handle it. Cecilia does not accept submissions for children’s books, middle-grade, YA, or fantasy.

Carly Watters is a literary agent with P.S. Literary.

At the 2020 Toronto event, Carly is teaching a class on how writers make money. She is also meeting with attendees for one-on-one pitch appointments.

Carly began her publishing career in London at the Darley Anderson Literary, TV and Film Agency. She has a BA in English Literature from Queen’s University and a MA in Publishing Studies from City University London. Since joining PSLA in 2010 Carly has had great success launching new authors domestically and abroad. Never without a book on hand she reads across categories which is reflected in the genres she represents at PSLA. Representing debuts and bestsellers, Carly is drawn to: emotional, well-paced fiction, with a great voice and characters that readers can get invested in; and platform-driven nonfiction.

Brian A. Klems (@BrianKlems) is the former online editor of WritersDigest.com.

He is the co-coordinator of the 2020 Toronto Writing Workshop. At the event, he is teaching a class.

His blog during his tenure there, The Writer’s Dig—which covered everything writing and publishing—was one of the largest blogs in the writing community.

Brian’s first book, Oh Boy, You’re Having a Girl: A Dad’s Guide to Raising Daughters (Adams Media) was released in 2013. It received high-level buzz and praise from some of the funniest writers alive, including Dave Barry and Bruce Cameron. Brian is also a proud graduate of the Ohio University E.W. Scripps School of Journalism, a husband, softball infielder, perennial fantasy sports underachiever, and father of three lovely little girls.