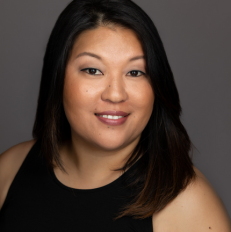 Kimberly Brower is a literary agent and the founder of Brower Literary.

She is interested in: commercial and upmarket fiction, with an emphasis in general/book club fiction (specifically books that involve complex relationships, ones with moral ambiguity plots is a plus), women’s fiction and romance. However, she is always looking for books that she wants to stay up all night reading, unable to put them down, regardless of what genre an author classifies it as. She loves stories that bring her into a world she doesn’t want to leave and characters that have strong character arcs. She also can never say no to an epic love story.

Kimberly fell in love with reading when she picked up her first Babysitter’s Club book at the age of seven (Super Special editions were her favorites) and hasn’t been able to get her nose out of a book since. She holds a BS in Business Administration from California State University, Northridge and received her JD from Loyola Law School, Los Angeles. After spending a decade in the business world, it was kismet that she found herself in publishing.

She takes great pride in her client list, from the debut authors to #1 NYT bestsellers, and likes to consider them all her favorite authors. She previously worked for over two years at a boutique literary agency before starting her own. After spending 14 years in California, she is thrilled to be back on the east coast. When not providing individual attention to her clients, Kimberly manages all of the day-to-day operations of the agency. This includes overseaing the management of the foreign, audio and all other subsidiary rights for all the authors in the agency.